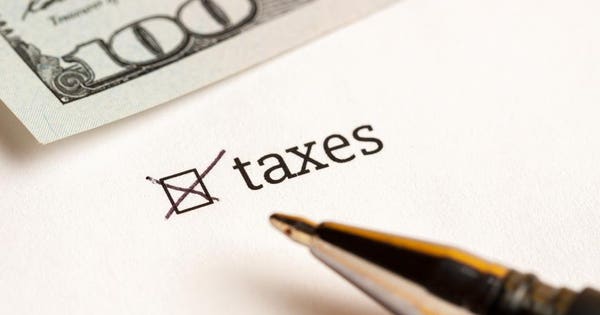 Some days it can seem like we are experiencing the worst of polarized politics with no end in sight. But despite this polarization, members of Congress in both chambers and both parties seem eager to advance retirement savings legislation. There are two large looming retirement bills – the Senate’s RESA and the House’s SECURE Act – and both have popular bipartisan support.

Last week, a third bill was introduced by Senators Rob Portman (R-OH) and Ben Cardin (D-MD)—a bipartisan team who have worked together for decades—introduced the Retirement Security & Savings Act. The bill includes two important provisions designed to help moderate-income workers; expansion of the Saver’s Credit (short for Retirement Savings Contribution Credit) and the inclusion of millions of long-term part-time employees in their workplace retirement plans. The extension of retirement plan coverage to part-time workers will significantly improve savings options for millions of uncovered workers but will especially improve access for women who are twice as likely as men to work part-time.

The Saver’s Credit is actually a retirement savings contribution credit and it has been nearly two decades since its original passage. Many of us who work on retirement issues in the nation’s capital have been waiting for a bipartisan retirement bill that could simplify and improve the little-known Saver’s Credit and help balance the tax incentives for retirement across income levels.

Here is how the Saver’s Credit currently works: It’s a savings incentive with income limits and eligibility requirements to help workers save for retirement by reducing their federal income tax. It’s designed to encourage lower- and middle-income taxpayers to contribute to qualified retirement plans, including IRAs, 401(k)s, 403(b)s and other retirement accounts, and ABLE savings accounts.  For 2019, taxpayers earning between $19,250 (single filers) and $64,000 (married filing jointly) can claim a credit on their tax returns of 10%, 20%, or 50%, depending on their income.  The lower your income, the bigger the credit you can claim.  Though it isn’t refundable, in effect the credit works as a government match for your savings.

The Portman/Cardin bill helps a group of workers currently without access by making the Saver’s Credit refundable, which means those without a tax liability would receive a credit. It also includes an education provision that would alert those it was designed to help to know that it exists and assist them in utilizing it.

Tax credits of a few hundred dollars may not seem like much to some, but when you’re working as hard as you can to get by, they can make a real difference.  The Saver’s Credit also helps people make a habit of saving for the future.  If you start putting money aside when you’re young, research shows that you’ll continue doing so as you get older. According to AARP, more than one in four Americans (26%) who have saved for their retirement began doing so before age 25, while 50% started before turning 35.  Sadly, women are far more likely than men never to have saved for retirement; one-third of women compared to one-fifth of men have no retirement savings whatever.  Along with reducing gender-based pay inequities, expanding women’s knowledge of incentives like the Saver’s Credit might help narrow this savings gap over time.

The table below shows the 2019 income eligibility requirements.

Personnel changes in this Congress also allows for cautious optimism about retirement policy.  Senator Chuck Grassley (R-IA) is Chair of the Senate Finance Committee.  When Grassley last held that status in 2006, he was instrumental in passing the Pension Protection Act.  Furthermore, Senate Finance’s Ranking Member Ron Wyden (D-OR) is on record as expecting “broader conversations on how to improve retirement policies.”

Robocalls: Is A Solution Finally At Hand?
Big changes could be coming for student loan borrowers
Stock market live updates: Dow up 400, volatile week, Facebook and Amazon notch all-time highs
A PANDEMIC STAMPEDE TO THE HAMPTONS LEADS TO A DESPERATE SEARCH FOR SUMMER RENTALS
Ohio’s Republican governor calls for public to wear masks: ‘This is not about whether you’re left or right’