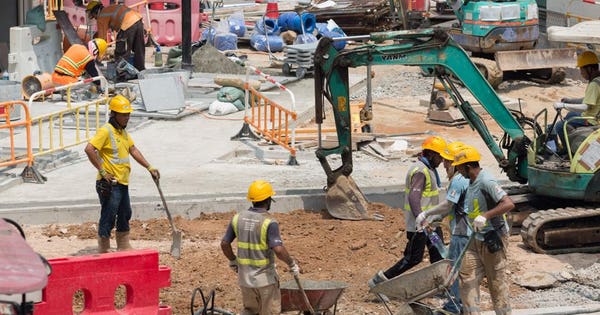 As we’ve seen in a previous article, the Construction Tech (ConTech) market is huge and filled with low-hanging fruit for the technologically savvy contractor or client to pick. Though there are seven areas in the construction value chain that could (and are starting to) benefit from the advent of ConTech, the biggest gains in the space are currently being had in the management of construction processes, even when traditional methods of construction are used. One of the most exciting and useful innovations within this is 4d representation and the subsequent analysis of a site’s progress using a combination of 360-degree imagery and sophisticated AI. As a testament to the increasing significance of the subsector, OpenSpace, a two-year-old San Francisco – based startup specializing in this technology, just closed an impressive $14 million Series A funding round.

The round was led by Lux Capital, joined by returning investor Goldcrest Capital along with new participants JLL Spark, Navitas Capital, Suffolk Construction, Tishman Speyer, WeWork and Zigg Capital. Participation in the round by important real estate and construction players underlines the growing importance that industry stakeholders give to de-risking projects through accurate and near real-time planning and process management.

OpenSpace uses its patented artificial intelligence to automatically create navigable, 360° photo representations of any physical space. Builders attach a small camera to their hardhats and walk a site as normal, with OpenSpace passively capturing imagery in the background. Imagery data is then uploaded to the cloud, where OpenSpace’s algorithms map the photos to project plans and stitch them together, creating a visual representation of the site similar in style to Google Street View. This data then accumulates over time allowing stakeholders to review site conditions at any chosen milestone. Notes taken during the walk in the OpenSpace app are automatically pinned to the time and place in which they were taken, so that context information, requests, and clarifications are made easier. Other stakeholders such as architects and owners can use it to conduct virtual site tours. OpenSpace also has a BIM viewer functionality, allowing for side by side comparisons of the actual job site with its 3D BIM model.

The use of tech such as that provided by OpenSpace brings many benefits. On the one hand, contractors can manage their work and that of their subcontractors ranging from scheduling through change orders and RFIs, to payment requests more effectively. Reporting obligations are streamlined, and inefficiencies arising from disputes are dampened thanks to accurate visual data. On the other, the supervisory role of the client is simplified and many grey areas are done away with. OpenSpace claims that its customers report that its tech allows for 30 times faster data capture compared to traditional, manual methods.

Jenny Wong, Managing Director at Tishman Speyer told me that: “Tishman Speyer has piloted OpenSpace at MIRA in San Francisco and now at our ongoing construction of the Spiral, a three million square foot development in New York City, and we see value in scaling this program more broadly. Access to accurate, immediate data is essential in the development and building process, and we are excited to be partnering with OpenSpace.”

David Gerster, Vice President at JLL Spark, had the following to say about OpenSpace: “Tracking progress on a construction site has historically been a slow, manual and inefficient process. Multiple parties travel to a site to take static, low-quality pictures with whatever camera is on hand. Often these pictures end up buried in email and forgotten once the job is complete. OpenSpace makes it easy to create a realistic ‘street view’ of a job site: you simply wear a hardhat with a camera on top and walk the site. The result is that now everyone on the project sees the same high-quality imagery, which is a huge time saver. When the project is finished, there’s a permanent record in the cloud, which means that answering questions about the work performed is as simple as looking at the instant replay. Through JLL’s construction management services, we were able to pilot OpenSpace in two office buildings. It’s a level of due diligence most venture investors just don’t have access to. We are excited to roll out OpenSpace’s technology across other JLL buildings and clients.”

OpenSpace has grown exponentially since its inception in 2017. Having secured seed funding for $4.25 million in August of that year, it launched out of stealth just over a year ago and claims to now be deployed on projects exceeding $50B in total value globally, with its customers having captured more than 150M square feet of data since launch. Clients, besides those that are also investors such as Tishman Speyer, JLL and WeWork, include AECOM, Brookfield, Novo Construction, Turner Construction, DPR, Sundt, PARIC  and many more. The team has grown from 5 to 35 members since launch, and the company is on track to multiply its revenue fivefold this year, with a 25% monthly user growth rate.

“At OpenSpace, we’re using AI to augment workers’ capabilities by making documentation fast, easy, and complete,” said Jeevan Kalanithi, co-founder and CEO of OpenSpace. “We started this company by collaborating with builders, on their job sites. We knew that any documentation solution needed to be totally passive in order to fit into the extremely busy day-to-day of a construction site, and this is what inspired us to create OpenSpace’s unique tap-and-go approach.”

The company plans to use the funds it just raised to continue scaling up its operations and make its current products more widely available, with a significant push on expanding its sales and marketing efforts. It will also work on developing a new range of computer vision powered products that will leverage the unique and growing dataset it is creating.

The Supreme Court could upend consumer financial protection as we know it
Meghan and Harry can flee to Canada but they will still owe taxes in the US
Paul Tudor Jones says this ‘crazy’ stock market run reminds him a lot of early ’99
Why small businesses are banking on better benefits
Earnings could spark a significant pullback this week, long-time market bull Art Hogan warns