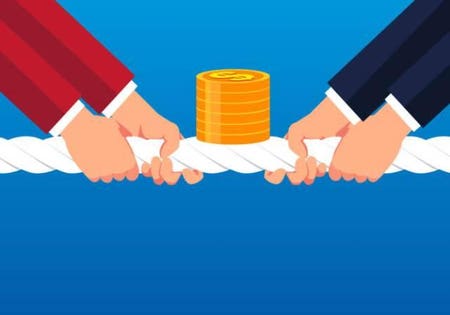 The capital gains tax is once again a political tug-of-war. While Democratic presidential candidates discuss changes in capital gains tax to boost federal revenue, the Trump White House is pulling in the opposite direction: a possible executive order to require the US Treasury to index capital gains for inflation—effectively a tax cut that would, controversially, bypass Congress.

The capital gains tax is back in the news in a few big ways. While Democratic candidates discuss changes in capital gains tax to boost federal revenue, the Trump White House is seriously considering an executive order to require the US Treasury to index capital gains for inflation—effectively resulting in a tax cut for investors that would, controversially, bypass Congress. Meanwhile, as if last tax season wasn’t confusing enough, the IRS has yet again changed the place where you report capital gains on your tax return. What does all of this mean for you?

While ownership of stocks, ETFs, and mutual funds in brokerage accounts has become widespread in the United States, capital gains on asset sales are often still associated with the wealthy and not the middle class. However, anyone who sells a house, company shares, holdings in an ETF, or a mutual fund in a non-retirement brokerage account is subject to the tax rules of capital gains and losses. Nowadays, that’s not just the wealthy. For example, an employee incurs a capital gain or loss when selling company shares acquired from stock option exercises, restricted stock/RSU vesting, or ESPP purchases, even if the number of shares is small.

If a Democrat is elected president in 2020 and Democrats in Congress win control of the Senate and the House of Representatives, expect changes in the long-term capital gains tax. This is clear from statements made by Democratic candidates, the tax-policy positions they have issued, and research from other sources (see commentaries from Politico, The Hill, and Kiplinger). If your decisions at year-end on whether to hold or sell investments tend to be tax-driven, you could be very busy in December 2020.

The policies proposed by Democratic presidential candidates include:

While most of the candidates appear to support eliminating the different tax rates that apply to long-term capital gains compared to compensation income, those policies might not mean all the gain would be taxable. There could be an income-exemption amount for a certain percentage of gains. No candidate has mentioned this approach, which has been adopted in some countries. For example, in Canada, only 50% of capital gain is included in income, and it’s then taxed at the individual’s income tax rate. Interestingly, tax policies in countries around the world embrace the rationale that capital gains should be taxed differently than employment income (for example, Denmark, Sweden, and Germany, countries that have more progressive social-welfare programs and less income inequality than the United States).

The indexing of capital gains for inflation is a long-recurring idea that is now, according to news reports, being seriously considered by the White House and US Treasury Department. Here’s how it would work. In brief, the cost basis of an investment is the number you subtract from your sale proceeds to determine the size of your gain (or loss). Capital gains indexing would increase the cost basis of investments, such as stock, for inflation.

With indexing, the cost basis would be floating and no longer a fixed number. Currently, the income trigger points for the various long-term capital gains tax rates are indexed. If the basis itself were indexed, you would reduce the size of your taxable proceeds at sale, as only the inflation-adjusted capital gain would be taxed.

Example: You purchased stock price at $20 per share, or your restricted stock unit (RSU) grant vested at that price. Under current tax treatment, that will be the cost basis of those shares whenever you sell them. With capital gains indexing, assuming 2% inflation per year for five years before you then sell the stock, with a sale price of $30 per share your basis would instead be approximately $22 at sale. You would then have $8 in long-term capital gain, compared with a $10 gain under the current tax treatment.

The concept of capital gains indexing has been around for a while, as shown in a report issued by the Congressional Budget Office back in 1990, when long-term capital gains did not have the preferential long-term tax rates of 0%, 15%, and 20%. This tax policy has its supporters (see Tax Foundation and Americans for Tax Reform) and critics (see Institute on Taxation and Economic Policy and the Tax Policy Center).

It’s been reported that President Trump is considering an executive order which would require the Treasury to issue new regulations that index the capital gains cost basis for inflation. This tax change by presidential executive order, bypassing Congress, would be controversial and cause a dramatic effect on more than just tax planning. It would have a budgetary impact (see an analysis by the Wharton School at the University of Pennsylvania) and would probably be legally challenged. Nevertheless, it’s been a “sleeper” issue so far, not getting much coverage in the news media or in the publications used by many tax professionals.

The regulatory issue is whether the definition of “cost” in Internal Revenue Code Section 1012 is vague enough to allow for interpretation through new Treasury rules without approval by Congress. Should the Treasury decide it has the authority to make this happen through executive order, it will require detailed regulations on actually how and when the indexing occurs, potentially disrupting many financial-planning and charitable-donation strategies based on its application to different assets.

From my experience with myStockOptions.com in developing and updating tax-return-reporting guides for various brokerage firms, indexing the cost basis will challenge the administrative, reporting, and IT systems of brokerage firms. They report to the IRS and brokerage customers the cost basis and other purchase/sale information on Form 1099-B, which is hard enough to get right even when the basis is fixed. The legal challenge would also create uncertainty about the actual size of the after-tax gains from any asset sale.

As I highlighted in my blog earlier in the year, last tax season you did not directly report capital gains or losses on your Form 1040 tax return. Instead the capital gains total from Schedule D was reported on the new Schedule 1, with totals from that Schedule going onto the revised Form 1040. Now, in the newly released draft Form 1040, total capital gains (or losses) is back on the body of the form (see Line 6) and not the schedule.

While it’s easy to criticize the confusion caused last year by the IRS, which was under political pressure to fashion a “postcard-sized” tax return, its method was somewhat entrepreneurial. What the IRS initially presented to use last tax season was both innovative and disruptive; then the IRS eventually became response to marketplace needs when the initial “product” failed to gain favorable acceptance. The IRS actually listened to public comments, including those from this blogger. It eventually realized that taking away certain lines which used to fit on the two full main pages of Form 1040, and scattering them across attached schedules instead, made tax returns (and understanding your sources of income) more confusing for taxpayers, tax preparers, and financial advisors.

Powerball jackpot jumps to $373 million. Why taking a lump sum may backfire
Here’s why getting a raise can actually hurt your retirement
Goldman won’t take companies public without ‘at least one diverse board candidate,’ CEO says
Wall Street’s next trading innovation: Air-fare derivatives
Netflix paints a happy face on growing threat of US competition