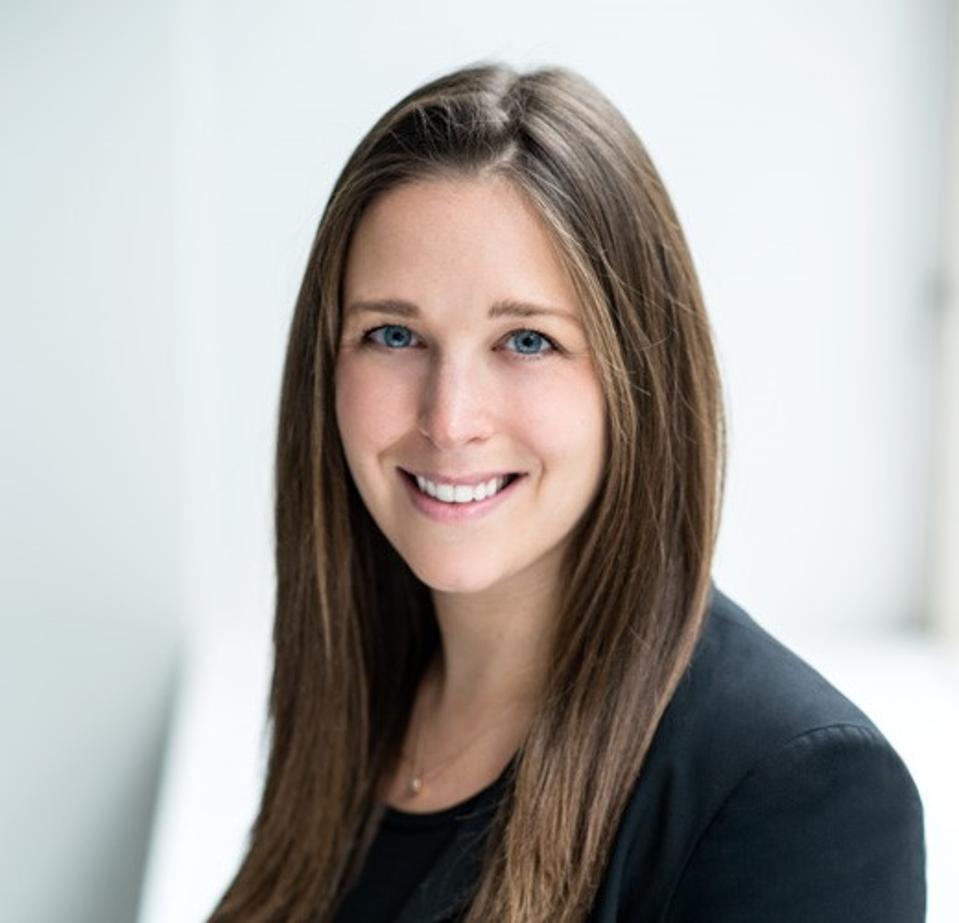 Jessica Sherman, associate vice president of affordable housing with the real estate firm Douglaston Development, has made it her mission to improve the quality of life for low-income New Yorkers.

Recently named a Crain’s New York “Rising Star,” Sherman has helped her firm, which was founded by her father Jeff Levine, bring 680 new units to the Bronx and Staten Island, and another 180 to Manhattan, since joining its team in 2016. Before Douglaston, Sherman worked as a leadership fellow at the Port Authority of New York and New Jersey, where she helped manage short- and long-term recovery plans after Hurricane Sandy.

Sherman joined the field of affordable housing at a critical time in the United States, particularly for women and children. According to the most recent U.S. Census data, 12 million low-income households competed for 3 million affordable housing units. Meanwhile, the International Center for Research on Women reported that though women make up half of the national workforce, they occupy 60% of minimum wage jobs. The federal minimum wage of $7.25 per hour yields $15,080 annually, which is beneath the poverty threshold for a single parent living with one child. In 2015, 14.5% of adult women in the U.S. lived in poverty and 60% of children in poverty were living with single mothers.

Additionally, since public housing data is often used as a barometer for the need for affordable housing, the ICRW found that 83% of U.S. households in public housing are led by women and 35% have children under age 18.

I caught up with Sherman to ask about the challenges facing affordable housing in New York City in particular, along with her inspiration to take them on, all while juggling being a new mom to her first baby in her own home.

Heather Senison: Hi Jessica. So, what exactly do you do?

Jessica Sherman: I work on affordable housing at Douglaston Development. My team and I focus on 100% affordable projects that are community-driven. They often are complex large-scale mixed-use projects and we’re involved from when the project starts, whether that’s acquiring new sites or running an RFP, through completion and lease-up.

HS: Douglaston Development follows a formula for the number of affordable units it builds, correct?

JS: Yes, the formula actually doesn’t come from us. We work very closely with partners in the city and the state, depending on the project, and our projects are based on their term sheets. Affordable developers and also the city are very in tune with what the needs are for affordable housing, and it’s based on area median income. Area median income in New York is published by the city every year and then there’s different term sheets that are targeting different populations where they know there’s a housing need.

HS: Since low-income households are more often renters than homeowners, and Douglaston Development specializes in rentals, do you feel you’re in a unique position to make a real difference in people’s lives?

JS: Absolutely. I think that the purpose of affordable housing is to stabilize lives. Most of the affordable housing term sheets and projects allow a tenant to spend only 30% of their income on rent, and when you have the ability to know what you’re spending on rent and be secure in that you can focus on providing for yourself and your family.

HS: What are some of the other things your company does to help cost-burdened communities?

JS: We do a lot. Being passionate about affordable housing, we’re members of many economic development and affordable housing organizations, and we contribute to many housing, education and healthcare nonprofits. But we also work with communities to provide services at many of our projects and we also have retail tenants that provide services for communities. One of our other projects, Crossroads Plaza in the Bronx, is a great example of this. It’s a [425-unit mixed-use complex] that has two amazing tenants, one of which is the New York Foundling. They have their Bronx headquarters there so they serve the community and the greater Bronx. They’re an organization that provides family and foster care services and we also have a universal pre-K on the campus.

HS: What is the biggest obstacle facing your work?

JS: One thing that has been really interesting recently in New York is, we’ve been working in the Bronx for over 30 years and there’s been a real increase in land values. Partially due to opportunity zones, land’s trading for almost double what it previously traded for and the opportunity zones are pushing up prices for the entire Bronx, making acquisitions for affordable projects nearly impossible. I think there has to be some kind of adjustment for properties outside of opportunity zones and that there hopefully will continue to be RFPs for publicly-owned sites so that we can continue to build large and small affordable housing in the Bronx.

HS: Most of the new product in NYC is in the luxury market because property acquisition and construction costs are so high – what can developers do to create more housing in the lower-end of the market despite these high costs?

JS: I think there are a few things. Real estate is always cyclical and there’s no doubt that there will be a time in the future where land values make sense to build affordable housing. In the meantime, there are a lot of cultural institutions and nonprofits who have been around for a long time who have large portfolios of land and we’ve found that working closely with those organizations and institutions, you can really encounter opportunities to build mission-driven affordable housing. [These organizations] can provide really great insight into community needs and really have great on-the-ground knowledge.

HS: That’s interesting, the answer I usually hear is that the government needs to provide more subsidies.

JS: Listen, that’s the obvious answer. Yes of course that would be helpful, if there were other ways to [facilitate] affordable housing development, whether it be higher subsidies. I know they have an acquisition fund now that you can tap into sometimes. But public finances are a finite resource and subsidy is not unlimited, so you have to get creative in finding ways to do business in an environment where land values do make identifying properties for affordable housing difficult.

HS: To change the conversation a bit, do you notice that women in particular prefer to work in the affordable housing sector?

JS: Actually at Douglaston Development, our affordable housing team is majority male, but I think that the men and women that work in affordable housing do it because it’s a mission-driven industry. I definitely can understand that people are attracted to the mission. For me, I grew up in a house where I had a father who built affordable housing, first as a contractor and then as a developer, I got to see the pride first-hand that he had in providing homes for New Yorkers. He actually, for a portion of his life, grew up in public housing, so it was something that was always near and dear to us.

HS: Do you notice a disproportionate need for affordable housing for women and children in New York City?

JS: I think no one can argue that when you look at surveys and studies and the data that there certainly are more women and children that are in need of housing assistance. While I can’t speak specifically to our portfolio, I can say that we work with nonprofits and service providers that [help] tenants whether they be women and children or other groups of people that might be in need. One interesting example is that we recently responded to New York City’s Vital Brooklyn RFP and that focuses particularly on creating healthy environments for children and families. We submitted a response in collaboration with New York Foundling and Brooklyn Community Services to really make sure that we have the right partners. It’s pretty exciting, the proposal includes a 40,000-square-foot community facility space that will be a hub for both organizations to provide foster care, education and other services so we’re hopeful that we hear back, it’s a project we’d love to work on.

HS: Thanks. Before we wrap up, congratulations on being a new mom. Can you shed some light on how you balance work and your personal life as a parent?

It definitely takes a team. I feel really lucky to have a wonderful husband and family who help me manage the different priorities. Working in real estate, there’s a lot of early mornings and late evenings, a lot of relationship building. I also feel fortunate that I have many female mentors in the space who are able to give me great advice and guidance both within Douglaston Development and our affiliate companies and just in the real estate field in general. I think that mentoring women is something that’s extraordinarily important and it’s something that I hope to do one day and that I hope people will do for my daughter.

The conversation has been edited and condensed for clarity.

Oh, baby! 3 steps to prepare your finances for your new arrival
Stocks making the biggest move after the bell: Whirlpool, F5 Networks, PerkinElmer and more
This is one of the few places in the world to see gorillas in the wild
IBM rises as much as 5% on strong earnings report
Baseball phenom Bryce Harper says he prefers Instagram to Twitter