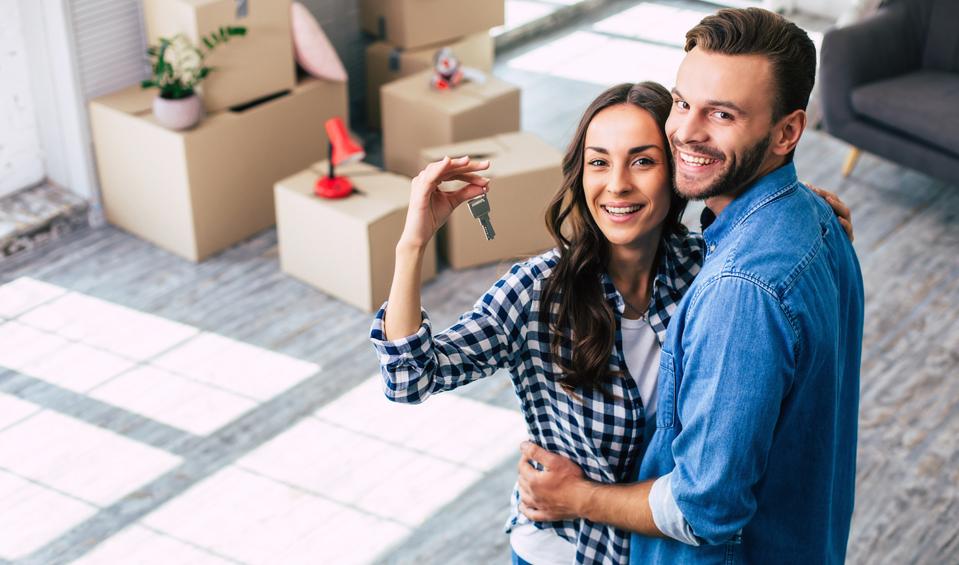 The impact of COVID-19 on the housing market as a whole, and on the buying power of first-time buyers specifically, cannot be understated. Whilst the reopening of the property industry two weeks ago ushered in a wave of pent-up demand, the financial hurdles of buying a first house for the younger generation have not been so highly set since the 2007-08 Financial Crisis.

Whilst it is near-certain that we’ll be entering into a severe recession on a scale ‘we have not seen’, according to the Chancellor Rishi Sunak, and the challenges ahead facing first-time buyers are steep, more must be done to give the next generation of homebuyers a helping hand. I believe there are some firm solutions that could provide them with a vital leg up, but before I progress to that, it is important to understand the context and challenges extant and ahead.

The road ahead is bumpy, but optimism stands firm

A recent webinar survey from Rightmove found that 94% of first-time buyers planned to move forward with their moves to get on the ladder when able to do so. This is encouraging and shows that the confidence of those who do intend to move forwards has not abated. However, those buyers hoping for a house-price bargain sale may want to temper their expectations. As I’ve said previously, house prices are unlikely to fall during this period unless sellers are forced to reduce their asking price. Whilst some may be forced to sell up, affording an opportunity for buyers to lower their offer, it’s not prevalent enough to drive houses down on a widespread level.

Furthermore, with interest rates already set to a historic low of 0.1% back in March, bank savings rates have also reciprocally taken a hit, which is another hurdle for first-time buyers trying to save for a deposit. And there are few indicators that the Bank of England plans to increase rates any time soon.

Challenges at the centre as banks tighten mortgage lending restrictions

Under the current circumstance first-time buyers are likely to face the greatest hurdles towards securing a mortgage, and this is reflected in new data from the online mortgage broker Trussle revealing that first-time buyer mortgage applications were down 35% year on year in April. Understandably one of the reasons is the pause on physical valuations due to the lockdown forcing banks to refuse applications with a higher LTV.

There’s also the current issue of the 7.5 million workers on furlough, many of whom will have reduced savings during this time, and although banks are still processing mortgages on a case-by-case basis for furloughed workers, they’re factored on whether the applicant will be returning and weighted on the applicant’s reduced salary at 80% – capped at £2,500 unless their employer is topping them up. Lenders are instantly discounting the remaining income from applications until the applicant can return to work, particularly affecting first-time buyers with higher incomes, and with the furlough scheme extended until the end of October this could be particularly detrimental to borrowers, especially as employers likely will be expected to contribute financially to the furlough scheme from August, which may trigger a spike in unemployment and dampen lender confidence.

This unfortunately does not apply to many of the young people operating in the hospitality and gig economy, and whilst the government’s furlough scheme is helping retain jobs and income for many to pay their bills, it has not been enough to protect everyone, with the unemployment figure very likely to increase even with the scheme in place. Banks will likely treat such mortgage in a similar vein, but without a continued income stream the odds are stacked against buyers on this one.

With all this behind us, it is estimated that 150,000 fewer first-time buyer mortgages will be issued across England and Wales this year, according to Knight Frank Finance. And the mortgage market may indeed carry its challenges over to next year as well, depending on the pace of recovery if lenders choose not to thaw the market over the coming months.

Where do we go from here?

The economy is likely to face permanent scarring, according to Sunak at least, but much will depend on the scale of the damage and the speed of recovery. The market is anticipated to fully bounce back in 2021 and there will likely be a significant boom for the property industry that was anticipated this year, including an increase in mortgage applications for buyers keen to move forwards. Indeed, since the housing market reopened on May 13 there has been a huge surge in activity.

But first-time buyers are going to need more support in the months and years ahead to help them onto the ladder, and that is where we need solutions that can support buyers with their savings whilst offering them affordable choices for their first home.

One of first of these should be an extension of the Help To Buy scheme, and it also should be reopening to new applicants – the scheme closed to new accounts in November last year. The Help to Buy scheme has assisted at least half a million buyers with their first home purchase since 2013, and it’s effectiveness is clearly proven. Extending this scheme would no doubt benefit more first-time buyers for years to come, particularly in light of today’s circumstances.

Another major benefit would be to lower the stamp duty threshold for first-time buyers. This is financially and politically tricky perhaps, as first-time buyers in England, Wales and Northern Ireland are already entitled to SDLT relief of up to £300,000 on their first home, and it is quite likely that the government reopened the housing market when it did to resume flow of the lucrative stamp duty revenue to balance Treasury coffers with our budget deficit estimated to hit £337 billion this year after all the spending. Nonetheless, by increasing the minimum threshold upwards from £300,000, the government could attract more first-time buyers keen to spend just a little bit extra for their first home.

On a clearly positive note, the Share to Buy portal for first time buyers, specializing in shared ownership and Help to Buy homes, saw its single best day for registrations on May 13 – up 55% for the daily average in 2020. It’s not quite the dream for buyers looking for complete ownership, but it does indicate prospective buyers are still registering their interest and viewing homes, and it correlates with the Rightmove survey results that 94% of first-time buyers are planning to move ahead with their plans, suggesting demand, at least, is unabated.

Much of what happens next will depend on the expediency of political will. To raise a new supply of affordable homes the government will need to follow through with their manifesto promise to provide a million new homes over the next five years. For that they will have to encourage large-scale housebuilding which will require stronger incentives for the construction industry, perhaps even opening up some of the greenbelt to meet increasing demand.

They will also need to improve the savings opportunities for potential buyers, and that depends on a healthy economy that will need to be supported with the housing market – some might dismiss it, but the housing economy is a reflection of the UK economy at large. At some point the Bank of England will need to increase interest rates from their historic lows, and reciprocally, banks should start to offer stronger savings returns to help first-time buyers reach a deposit sooner.

From calamity, change can bloom

Challenging situations fuel crisis, but also facilitate alternative ways of things. After the Second World War, the government embarked on an ambitious housebuilding campaign to build over one million new homes in the wake of disaster. With this era’s coronavirus calamity pushing an unprecedented amount of public borrowing, this could be a once-in-a-generation opportunity for the government to correct some of the more prominent issues of our extant housing crisis. If not for us, but for our children, and a growing generation that finds the lower rungs of the ladder increasingly out of reach. Be kind now and be kingmakers for a generation. The government has an opportunity to bring long-lasting and positive change to housing market. The million-pound question is, will they act on it?